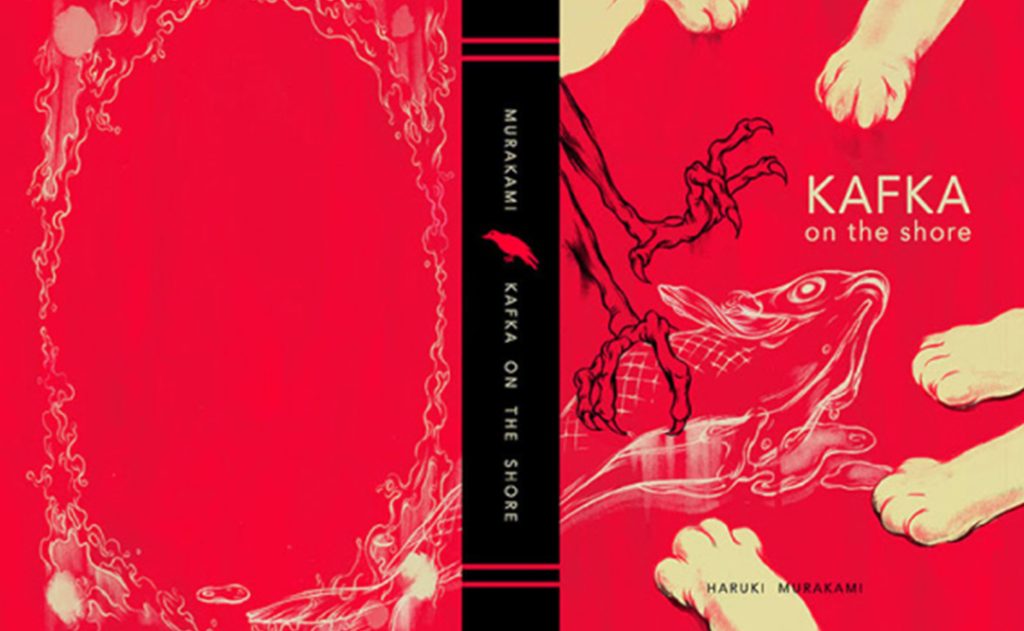 Kafka on the shore

Kafka on the Shore is one of the most renowned works by the Japanese author Haruki Murakami, it’s 2005 English translation was among the “10 Best Books of 2005” from The New York Times and received the World Fantasy Award in 2006. Murakami is undeniably one of the best Japanese authors of our time, with his books and stories being translated into 50 languages and selling millions of copies internationally. His writing style mixes elements of surrealism and parallel universes to evoke a world that seems too far removed from our imagination yet tantalizingly within reach. What makes Kafka on the Shore a standout? Let’s look at this book in closer detail.

Kafka on the Shore interweaves between two parallel plots to tell the story of Kafka Tamura — a 15-year-old boy who runs away from home to escape an Oedipal curse and Nakata — an elderly Japanese man who has an uncanny ability to speak to cats due to a childhood accident and who spends his days locating and returning lost cats to their owners. Although the two characters seem to be on their own journeys, their paths inevitably intertwine towards the end of the novel for an intriguing and hyper-surrealist ending.

Although this book is lengthy (my copy is 614 pages), Murakami is able to expertly use the blend of popular culture, magic realism, involved yet seemingly mundane events and potent sexuality to build a fantastical world where his characters experience love, loss, melancholy and joy all in the same chapter. Kafka’s journey represents both the freedom of escapism and the overwhelming sense of sadness from his solitude, he is no ordinary 15-year-old boy and his experiences are punctured by the discovery of love, loss, longing, and uncertainty of himself. His relationship with both the librarian Oshima and the elusive Miss Saeki dominates his journey and both characters are written beautifully. Oshima acts almost as Kafka’s foil, providing him with wisdom and advice to any of his seemingly fantastical and illogical problems whilst Miss Saeki reflects Murakami’s use of fatalistic and hyper-surrealistic devices to construct a character that is wrought in an existential crisis as a commentary to the human condition.

Kafka on the Shore is one of...

This is just the beginning

Kafka on the Shore is one of...